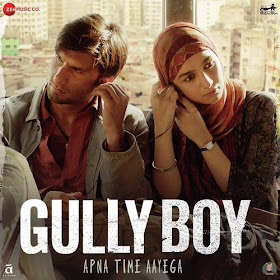 This isn't about the story - you've seen it, probably even heard a lot of the dialogues before. But not this way.

Ranveer is a frustrated slum (Dharavi) dweller. With an angry father (impeccably essayed by Vijay Raaz), who's just married for a second time, sidelining his Mom. All he has is college, friends (stand out role by Vijay Varma), dreams of a better life. Some poems. And Alia. The scene where they're shown together for the first time is beautifully executed. She assists her father in his clinic, under the watchful eye of her mom (Sheeba Chaddha). Is studying to become a surgeon. And has a fierce temper, not shy of 'dhoptaoing' others who eye her Ranveer. He watches a rapper, Siddhant Chaturvedi, perform at a college fest. Gets to meet him later, understands how to rap. Does a video. Enter Kalki Koechlin, a student studying music in Berkeley. Who wants to help. But how to explain this to those against him and his music, like his father (who believes you shouldn't dream big), his Mama, Vijay Maurya, (who wants him to work in his office), all the while trying to take care of his Mom ? 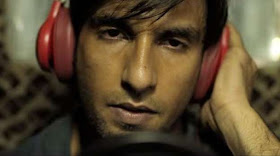 I remember it was the wavy haired Farhan Akhtar, as a singer / actor, who brought rock into the Hindi mainstream domain, with Rock On. That, after changing the way storytelling was done in Hindi cinema, with Dil Chahta Hai, and it's contemporary dialogue, elite houses and rich kids with their entitled lives. Zoya does the same here - change the style of storytelling, but only, this time it's for those who don't have much else but their dreams. And the mode of communication is rap music. Buzzy, edgy, thumping, angry, vibrant, from the heart. It's about those who most of India choose to not see, hear in their everyday lives, the kind Aravind Adiga spoke about in his brilliant book, The White Tiger. The opposite of India Shining. "They danced all night ? And drank ? The women too ?", Ranveer's dadi asks in a shocked voice, when he returns after an all night stint as a driver for some rich folks. The lyrics (you have to hand it to Javed Akhtar for some of the poems) are touching, poignant yet fiery, provocative, the movie putting into words what millions of Indians feel, hear, think, on an everyday basis. An India waiting to burst free from it's myriad shackles.

There are bits that jar too. Thought they could've kept religion out of it, for example. And I didn't like the ending. But liked where Zoya ended the film. Go figure. 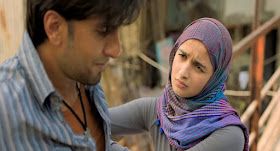 The supporting cast is great - Kalki, Vijay Raaz (outstanding!), Sheeba, Siddhant, Vijay Varma - no one puts a foot wrong. But Ranveer and Alia simply slay it. No praise is too high for them. Ranveer's impassive face and expressive eyes meet Alia's assured confidence and spitfire temperament. She's the one who gives him strength, while battling her own parents and making sure their future remains together, bright. And Ranveer is determined to grab the opportunity coming his way. All done with a healthy dose of humour. Please marry her, his friend pleads with Ranveer, because I couldn't deal with her.

But even more than the performances, what remains in your head as you walk out of the hall, is the music. Loud, brash, pounding, booming, energizing. This is one soundtrack that is going to stay for a while. Get ready for the new anthem of India. Apna Time Aayega !