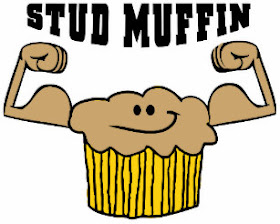 He’d asked her to get a coffee for him from the Nescafe shop, while he picked up a snack from the adjacent shop, during the 20 minute break between classes. He then began chatting with someone else, forgetful of the time, while she stood holding the two cups. She tried shouting his name, twice, but somehow couldn’t get through. Mindful of the clock ticking, she then raised her voice and shouted

He turned towards her immediately. But so did every other head, of the fifty odd other students milling around the café. And that’s when the trouble began.

Anup stood admiring his scrawny, topless frame in the full length mirror he’d installed in his room, while Tanya, his girlfriend, snuggled under the covers and looked at him quizzically. Given that they’d been going around for a long time, a full month, she should’ve gotten used to this everyday ritual but it still amused, perplexed her.

Anup had recently, a week ago, begun gymming. And he felt he could spot the first signs of a bulge in his biceps already.

“Tanya, look !!”, he turned around, beaming, flexing his muscles, but she just dived under the covers. “Acchha, btw, you know what Astha called me today at the coffeeshop ? Stud-muffin !”, he said proudly. He hadn’t liked the moniker when it was uttered but was now beginning to warm to it.

Her tone should’ve made him stop but he hadn’t fully absorbed the recommended reading of “Corporate Lessons from the Five Warning Signs of Predators Before They Move In For the Kill” for last term’s Business Strategy Reinvented course.

“What? Astha called me Stuf-Dummin. Why?”, he stammered
“No, No, No, you don’t ask the questions now, Mr Anup Singhani, I’m asking them !”

“Arre, it was nothing, Tanya, let’s go and have ice-cream”, The use of his full name alerted him to the full extent of his problem but it was too late.

“Why are you spending so much time with Astha, by the waaayy ?”, she asked, stretching the ‘way’ a bit, “It’s always, Astha this, Astha that”
“But she’s in my study group ! I have to meet her, talk to her”
“There are 4 other people in your study group. I don’t ever hear you mentioning their names, Anup.”

Tanya wasn’t in his section and didn’t like this fact. They’d both met as members of the debating club, the difference being that he was only there because a senior had told him it was a way to get into the coveted Consult firm’s shortlists, while she had been born to debate (voted Best Delegate, All India Washington Post MUN, 5 years ago).
“In fact, do you even know their names ?”

She was now warming to her task and akin to Botticelli’s Venus arising out of the water, she began to sit up and emerge from under the covers.
“And what did YOU do to make her call you… that…” (she couldn’t bring herself to say it).
“Nothing. Nothing…”
“Aha, then you SAID something !! What did you say !? Tell me!”
“Babe – I never said or did anything”
“Don’t you ‘Babe’ me! You just admitted you said something. What did you say ?” (also winner, 3 years ago, Mock Courtroom Trial in Symbiosis Law School – the first time anyone from Symbi BBA won vs the lawyers)
“Why would anyone just, out of the blue, call you that anyways ? Do you think I’m a fool ? What’s going on, Anup ?”

Anup had the same ‘frozen deer in headlights’ expression that was usually reserved for the Accounting classes (despite having done a B.Com).
“Are you serious about us or not ? You need to tell me right now”
Tanya was sitting up straight now and had fully emerged from the blankets, wearing nothing but her bra. Anup’s eyes, almost involuntarily, strayed towards her cleavage. And she noticed.
“You’re sick, y’know”
“What – what did I do?”
“You’ve done enough, Anup, enough !! You need help ! You’re disguuustiiingg”. She stretched the disgusting, making it last a full three seconds. And in less than that time, she’d donned her top and was out of the room. Even lesser time, as an aside, than when she’d been late for Prof Arvind Sahay’s class.
The door slammed shut behind her and Anup winced at the sound. He didn’t know what had hit him.

“Muffin ?”
“Ooh, thanks !”, Astha said happily until she turned around and realized Tara was just pulling her leg. She offered her a candy instead as they both sat down, facing each other.
“So what was that about ?”
“What ?”
“Calling Anup stud-muffin ?”
“I don’t know, ya… just happened”, she shrugged.

Her door flung open that instant and Tanya barged in.
“Why are you trying to steal my Anup ?” she questioned aggressively.
“What ? Steal who ?”
“But she already has a boyfriend ?!” Tara chipped in
“I’m not talking to you, thank you”, Tanya said abruptly.
“But I already have a boyfriend !” repeated Astha
“Yes, but he’s not on campus and we all know long distance relationships don’t work. You’ve had your eyes on Anup ever since Summer Placement, admit it !”
“But she’s got a better summer placement than him ?” Tara stated the obvious

“I told you, Tara, stay out of it”, Tanya wasn’t happy about her continued interference.
"I'm not interested in Anup, Tanya"
“I’ve heard you’re breaking up with your boyfriend ?”
“Oh !”, Astha looked at Tanya evenly, “he’s coming over next week, you can ask him yourself” and she left her room, leaving the other two staring at each other.
“And, as if you didn’t know, her boyfriend works in Matrix Partners”. Tara left the room too, leaving Tanya alone in Astha’s room. 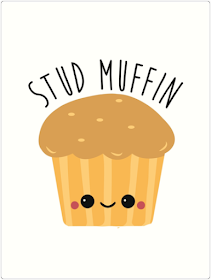 “She called you what ?”
Anup was seeking advice from his two dorm sideys. One, an MTech from IIT, took things quite literally and was having trouble understanding the nickname. His social skills were also amongst the worst on campus and his probability of getting a girl-friend on campus was unanimously voted to be in the low first decimals. The other, from DU, could’ve had better luck with the ladies except he spent all his time smoking up a storm and watching movies on Netflix. He hadn’t stopped giggling ever since he’d heard the name.

“What does stud-muffin even mean ?” MTech couldn’t get his head around it, setting DU off in a fresh round of giggles.
“That’s what I’m asking you ?!!”, Anup said exasperatedly. “And you’re not helping”, he said pointedly to DU.
“I think she’s friend-zoning you!”, said DU, pausing between chuckles.
“Well, it is kind of cute”, MTech grudgingly admitted.
“No, no – I think I didn’t say it like she said it. ‘STUDDD – muffin’”, Anup said, this time with feeling.

“But – tell me something – why does it matter ? Why would she even look at you – isn't her summer placement better than yours ?”, said MTech, injecting a touch of practicality in Anup’s emotions.
“That’s true ! And isn’t her boyfriend in a VC firm, the kind even McKinsey types aspire to?”
“Yaar, my summer placement isn’t bad…”
“Yes – but Tanya's is worse – maybe it’s for the best you broke up !”, DU tried to console him
“Bollocks !! She’s a girl, be happy you have one ! You guys are killing the romance, placement - shlacement, doesn’t matter, you idiots don't know how lucky you are !!” said MTech, this time with true feeling
“Guys – I’m asking about Astha and you’re still talking about Tanya !”, Anup protested. “I want to know one simple test, one question, something which will tell me for sure, if she has feelings for me or not”
“Ok”, MTech said, with the air of someone about to apply his mind on the weighty problem at hand
“Ohhhkkk” said DU, with the air of someone who’d finally understood

“Ask her if she plays Fortnite”, said MTech, making a gesture with his hands, as if this was the final-best test possible
“Oh, yes”, chimed in DU, “We’re a player short in our team anyways”
Anup rolled his eyes
“You can make her watch that YouTube channel about goats that you’re watching all the time – if she likes it too, it’s true love !”

Both DU and MTech guffawed while Anup grimaced !
“Why don’t you ask her to rank Emma Stone, Emily Blunt, Angelina Jolie and Monica Bellucci in order of hotness ?”
Both DU and Anup looked askance at MTech who’d made the suggestion
“If her ranking matches yours, it’s a match made in heaven!”
“Guys – you’re not helping !!”

DU finally spoke after two minutes of silence – “You know, you could do what they did in Dil Chahta Hai ?”.
Anup, who liked the movie, was all ears.

“Muffin ?”
“Shut up !! Enough is enough”, Astha snapped, until she turned around and saw someone was actually offering her one, while now looking bewildered.
“Sorry, sorry – I thought I heard something else”, she placated her as they sat down and devoured two warm, raspberry muffins. 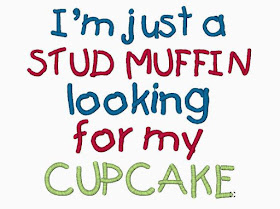 Anup waited at LKP, his heartbeat playing conga rhythms inside, increasing in tempo as he observed Astha walk towards him. Funny how, despite the years and the advancements in technology, some things like location (Louis Kahn Plaza, the central square of IIM-A) or the invitation (I have something serious to discuss with you) just don’t change.

“Astha, I wanted to ask you a question”, Anup began without any preamble, as Astha looked at him with quizzical, big, round eyes which made him more even more nervous.
“I want you to close your eyes and think of the answer to this question. Ummm, can you please close your eyes ?”.
Astha looked at him warily but complied.
“If… If you had a muffin”
Astha opened her eyes in alarm

“No no – eyes closed, eyes closed” and it was only after she’d closed them again, he continued.
“If you had a muffin - then who is the first person in the world you would want to share it with ?”
“But I just had one. I don’t want another”, Astha protested.
“Oho, imagine na !! It’s a hypothetical question ! C’mon, Astha !”, Anup insisted.

Astha closed her eyes for a few minutes and then opened them, ready with her answer.
“No one!”, she said sweetly but with finality, “I don’t like sharing food”.

Anup narrated the entire episode to his two sideys, who absorbed every word with the gravity they deserved.
“That’s it, then” MTech said, “That’s pretty final”
“Almost brutal”, DU added, before looking at Anup suspiciously, “why are you still smiling”, he asked ?
“Guys – I think it’s a big hint !”, Anup said excitedly. “Don’t you get it ?”.
“She completely gets me”, he continued, as both looked at him puzzled, “I don’t share my food too. Don’t you see ?? She knows that. Can’t you see – it’s a big hint !! She’s completely into me !!!”
Both DU and MTech looked at him, with unalloyed contempt.

“Tera kuch nahim ho sakta”, they exclaimed in unison before shutting their respective doors, as it was Anup’s turn to look puzzled. 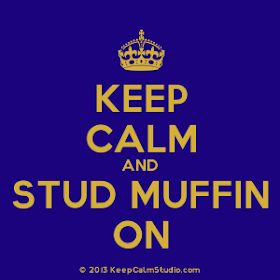